A trip to Alba, starting from the Cascina, is almost a must for gourmets, both during the Truffle Fair (held from the beginning of October to the end of November) and in the other winter months.

The white truffle, however, does not it is found only in Alba … there are also many in the woods around the Cascina! And one of the privileges of those who rent our village is to be able to come into direct contact with one of our trifulau friends, that is the truffle seeker, who beat the woods of the Denice hills and immediate surroundings.

The emotion of the truffle can, therefore, be lived starting from his research because it is possible to organize a night outing with the trifulau and his dogs … a few meters from home! The trifulau can also be received directly in the Cascina: it arrives with its ‘trifule’ as soon as it has been ‘flushed out’ and can be sold at friend’s prices … You can also arrange with one of the restaurants in the area: a dinner is organized, and if you wish we add the truffle purchased directly from those who found it.

Very easy to find in the Cascina area, and at very low prices, they are black truffles, smaller, but they are also very good … and their season is much longer: there is a winter quality that arrives until the end of March, and a summer quality that is found from May to the beginning of September. Also ‘le trifule nere’ are readily available from area seekers. 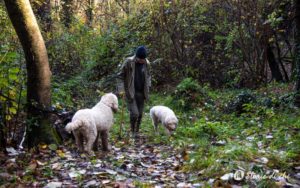 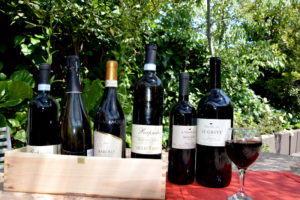 Discover all other activities!